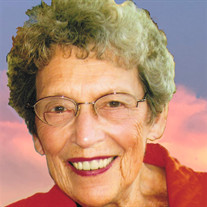 Marie-Jeanne Lytle died at her home in Novi, Michigan, surrounded by family members, on September 7, 2019. Mrs. Lytle, who was 92 years old, was the mother of 10 adoring children, 22 grandchildren and 7 great grandchildren, and the loving wife of Robert James Lytle from 1955 until he died in 1994. Mrs. Lytle’s family was the love of her life. Among her greatest joys were the annual Lytle family reunions held each summer near Traverse City, Michigan. Each year, dozens of family members gathered in a large house overlooking a picturesque lake for a week of family bonding, boating, swimming, kayaking, biking, golf, tennis, stargazing, treasure hunts, leisurely walks, delicious home-cooked meals, group photos, and nightly campfires. “Nana” was an artful weaver, honing her skills with various weaving guilds and the Birmingham Bloomfield Art Association. She was also a voracious reader, and an avid crossword-puzzle solver. She and her husband loved to travel and passed that on to their children, taking them on a trip to Europe to see great works of art and to meet French family members. She was an ardent student of history and genealogy, and she was a loyal member of the Daughters of the American Revolution for 23 years. Mrs. Lytle, whose maiden name was Martin, was born on June 30, 1927. Her parents were Marie Antoinette Bost and Edwin Dudley Martin. Her father graduated from MIT, received a PhD from The University of Nancy, France, and patented several metallurgical processes used by the Ford Motor and Thomas Edison companies. She graduated from the University of Chicago in 1947. She later worked as an interior decorator at Marshall Field & Company and at "Living for Young Homemakers” magazine. She was an art teacher at the University of Chicago in the early 1950s. Mrs. Lytle assisted or was the co-author with her husband, of home improvement books in the 1970’s including “Book of Successful Fireplaces.” Mrs. Lytle is survived by Marilyn Lytle Herman (Tom Herman), Robert James Lytle Jr. (Teresa Lytle), Anne Lytle Carson (David Carson), Peter Lytle (Lennice Lytle), Jeanne Lytle Kunz (Don Kunz), Andrew Lytle (Karilyn Lytle), Jennifer Lytle, Mark Lytle (Mai Lytle), and Margaret Lytle Wilson (Mike Wilson). Another daughter, Katherine McDonald Lytle, known as Katie, passed away many years ago after a battle with leukemia. The family is being served by the O’Brien-Sullivan Funeral Home, 41555 Grand River Avenue, Novi, MI 48375. Visitation will be held Thursday September 12th, 2019 from 3pm-8pm at O’Brien-Sullivan Funeral Home with a scripture service at 7 pm. A funeral Mass will be celebrated on Friday, September 13th, 2019 at 10:30am at the Church of the Holy Family, 24505 Meadowbrook Rd. Novi, MI. Prior to the funeral a visitation will be held from 10am to 10:30am. Family members request that any donations should go to The Fox Run Scholarship Fund and the Leukemia & Lymphoma Society.

Marie-Jeanne Lytle died at her home in Novi, Michigan, surrounded by family members, on September 7, 2019. Mrs. Lytle, who was 92 years old, was the mother of 10 adoring children, 22 grandchildren and 7 great grandchildren, and the loving... View Obituary & Service Information

The family of Marie-Jeanne Lytle created this Life Tributes page to make it easy to share your memories.

Marie-Jeanne Lytle died at her home in Novi, Michigan, surrounded...

Send flowers to the Lytle family.