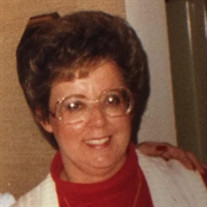 June Kay Kendall 1941 -2021 A Life Well-Lived June Kay Kendall was born in Detroit, Michigan on June 2, 1941, daughter of James Kendall and Kathleen Sullivan Kendall. June grew up in northwest Detroit with her sister Joan, plus many nearby Sullivan and Kendall cousins. June was a lifelong resident of the Detroit and Westland area. She graduated from Mercy High School and went on to earn a Bachelor’s degree from Mercy College and a Master’s from Eastern Michigan University. She became a master teacher during her long career at the elementary level with the Livonia Public Schools District. As such, June touched the lives of innumerable children, parents, and colleagues. She was active in the Livonia Education Association for many years and mentored many young teachers. June was actively involved in numerous groups outside of teaching and even after retirement continued to be involved in the Association of American University Women, duplicate bridge groups, the Livonia Town Hall, the Detroit Symphony Orchestra, the Livonia Symphony Orchestra, and the Detroit Institute of Arts. She attended live performances as often as she could, which included yearly trips to see plays in Stratford, Ontario. June had a genuine affinity for all the arts, but her wide-ranging interests meant that she was also an avid and lifelong fan of the Detroit Tigers. She was the person in the Kendall and Sullivan families who kept in touch and passed along the family news to keep the ties unbroken. To the Sullivans in South Carolina, June was their champion of all things Detroit: the Tigers, the Red Wings, Sanders, and Vernor’s. Her continuing close family ties are best exemplified in that she was the youngest person allowed to attend the Michigan wedding of her mother’s youngest brother in May 1950, and then in February 2020 attended the wedding of that brother’s grandchild in South Carolina. She delighted in news of the next generation. She knew the names of everyone’s children and what their interests were. She kept in touch with neighbors from her childhood, schoolmates, and teaching colleagues long after retirement. Not just an annual greeting card, but lunches, game nights, visits, and trips. June was known for her keen mind and amazing memory. These combined to make her a lively competitor playing many of the games she so enjoyed with friends. She had a ready laugh and a great smile and was generous with her time. As a talented calligrapher she was always willing to help address envelopes for special occasions or to prepare beautifully printed passages for friends. June was well read and always well informed about current events. She could carry on an interesting conversation with anyone she met, and June never met a stranger. June will be sincerely missed by everyone who was blessed to have spent time in her company. We will never forget her fearless spirit and passion for life. June passed away suddenly on July 10, 2021, at the age of 80. She is survived by her sister Joan (Robert) Courdway of Largo, FL, as well as a large extended family, and a multitude of friends. Tributes are suggested to the Detroit Symphony Orchestra, Livonia Symphony Orchestra, or the Detroit Institute of Arts. A memorial visitation will be held Saturday, September 18, 2021 from 1 pm until 3 pm at the O'Brien/Sullivan Funeral Home 41555 Grand River Novi, MI 48375 Expressions of sympathy www.obriensullivanfuneralhome.com

The family of June Kay Kendall created this Life Tributes page to make it easy to share your memories.

Send flowers to the Kendall family.