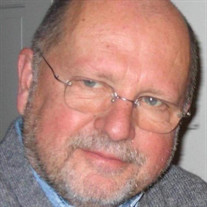 John J. Rae , Fox Run Village, Novi, MI 48377 John Rae was born on September 11, 1935 in Battle Creek, MI to Kathryn (McGrail) and Gordon Rae. He was the oldest of five siblings: Mary Martha Rae (deceased); Catherine Kunitzer (Dan Kunitzer) of Battle Creek and St. Pete Beach, Florida; Margaret Ann Kronk (Andrew Kronk) of Livonia, MI; and Michael Rae (Suzanne Rae) of Battle Creek. He graduated as the salutatorian of St. Philip High School in 1953. After high school graduation, he attended and graduated cum laude from John Carroll University in Cleveland, Ohio in 1957 with a Bachelor of Science degree in social science. During his college years, he performed throughout the Midwest and East as a soloist with the John Carroll Glee Club. He graduated from DePaul School of Law in Chicago, IL in 1961 with the degree of Juris Doctor. John married Ann Kinskey in 1961. They have three daughters: Elizabeth Ann Rae of Farmington Hills, MI; Susan Vecchio (Christopher), of Birmingham, MI; and, Mary Lynn Rae of Chicago, IL.; and, 5 granddaughters and 3 grandsons; ten nieces and nephews. John also served in the U. S. Army and the U. S. Army Reserves being honorably discharged with the rank of Captain. He was a member of The Church of the Holy Family in Novi, MI and the State Bar of Michigan. He was known by his peers as “the lawyer’s lawyer.” John began his professional career with the law firm, McDermott, Will and Emery in Chicago, IL. In 1965, he went into private practice in Battle Creek, MI. During this time he also served part-time as an assistant prosecutor for Calhoun County. He was appointed Prosecuting Attorney by the Calhoun County Judiciary in 1975 and served in that position until 1977 when he accepted a position to become the City Attorney for the City of Midland, MI. John was past president of the Michigan Association of Municipal Attorneys and a past chair of the Public Corporation Law Section of the State Bar of Michigan. He was a past member of the Michigan Municipal League’s Ad Hoc Annexation Committee, drafting and assisting in the enactment of 1995 PA 108 which modified and reinstated optional tax base revenue sharing among municipalities in Michigan. He also initiated the concept of and worked with others in the drafting of legislation authorizing municipal civil infraction laws in Michigan. John was the author of articles appearing in Public Corporation Law Quarterly, Planning and Zoning News, Michigan Bar Journal and Michigan Municipal Review. In 1999, he edited a ground-breaking two volume book, Local Government and Practice in Michigan. In addition, he wrote several articles on ethics in municipal government for various legal publications. He retired as City Attorney of Midland, MI in 1995, and served as a consultant on municipal law related cases for several years. He received the Battle Creek St. Philip Catholic Central Distinguished Alumnus Award in 2004. In 2016, he was awarded the William L. Steude Civility in the Practice of Municipal Law Award by the Michigan Municipal League. John was a loving husband and proud father, a devoted grandfather and a role model for his children and grandchildren. He served as a Eucharistic Minister and Lector in several Catholic parishes in Michigan and Arizona. He was a deeply spiritual man. He liked reading historical books, especially about Winston Churchill, and the American Civil War; and, spy novels. John loved music, classical and musicals, just as much he loved reading. One of his favorite composers was John Williams and the movies that he scored. He was fortunate to hear musical performances all over the world during travels with his wife, Ann. He also enjoyed hiking and golf during retirement in Tucson, Arizona; and, visits to presidential libraries. John Rae was an unwavering supporter of the Detroit Tigers and Lions and will still be continuing to cheer them on to victory. "In lieu of flowers, please make contributions to the Michigan Parkinson's Foundation, 30400 Telegraph Rd., Suite 150, Bingham Farms, MI 48025. Phone: 1-248-433-1011, or 1-800-852-9781; Fax: 248 433-1150. www.parkinsonsmi.org Services will be at a later date.

The family of John Joseph Rae created this Life Tributes page to make it easy to share your memories.

Send flowers to the Rae family.