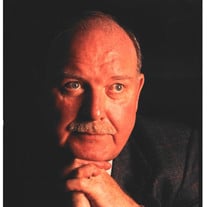 We are deeply saddened to announce that Herbert F. “Herb” Hayde, Jr., age 90, of Novi, Michigan and Scottsdale Arizona, passed away peacefully on April 25, 2022, at Ascension Providence Hospital, in Novi. Herb was born on October 4, 1931, in Greenfield, Massachusetts, to Evelyn (nee Mooney) and Herbert F. Hayde, Sr. Herb graduated from Greenfield High School, in 1949, and later studied business management at Brown University’s Business College and Stanford University’s Graduate School of Business Management. Herb proudly served (1950-1953) in the U.S. Navy during the Korean Conflict and was awarded the Navy Occupation Service Medal and the National Defense Award for his honorable service to our country. On June 7, 1952, Herb married “The Light and Love of My Life,” Jane Jaworski, the beautiful and supremely talented young lady he met in high school. From the start, they became sweethearts, and over the course of their 70-year marriage, they were blessed with three wonderful children and would live in several homes and countries, as Herb built a career in the burgeoning computer industry, creating memories and history that would make him famous. A devoted husband, father, grandfather, son, brother, uncle, cousin, and friend, Herb was deeply loved and will be sorely missed. He is survived by his beloved wife Jane, his children, Brenda Lucken, Herbert Hayde, III, Denise Marx (Bob); his grandchild, Ryan Lucken; and his sister, Irene. He is also survived by many nieces and nephews. Herb was predeceased by his parents, Evelyn Hayde and Herbert F. Hayde, Sr., his brother, Richard, and his sister, Mary. Throughout his storied career in the computer industry, Herb contributed significantly to its global growth, development, and historic achievements. As a highly esteemed industry leader, Herb rose to the position of Chairman, Burroughs Co., Ltd., Tokyo, Japan (1982-1986), where he was responsible for the largest marketing activity outside the United States. Following that, he retired, in 1989, from UNISYS Corporation (Formerly Burroughs) as Corporate Ambassador. Among his numerous other positions, appointments, leadership roles, and achievements, Herb served as a Member of the Board of Directors, Memorex Japan, Ltd.; American Chamber of Commerce in Japan: President, (1985 and 1986); Established High Technology Committee (1983); Elected to Board of Governors (1984); and served as Chairman of the Programs Committee (1984). In addition, Herb was a Member, Board of Directors, Yomiuri International Economic Society; Member, Japan-California Association; Member, Steering Committee of the U.S.-Japan Business Council; Appointed by the Japanese government as a Member of the Standardization Management Committee (INSTAC), and as a Member of Telecommunications Technology Committee. In 1984, Herb was appointed by then-Japanese Prime Minister Nakasone to serve as a Member of the Steering Committee for the Advisory Council on Japan-U.S. Economic Relations; and he was also appointed to be the first foreign Member of Keizai Doyukai. He is a Member of the America-Japan Society, the World Trade Center Arizona, and is a Charter Consultant and Professional Consultant of the American Consulting League. Among the numerous accolades bestowed upon Herb by global leaders, he was honored by Japanese Prime Minister Nakasone for promoting mutual understanding between Japan and the U.S.; by Foreign Affairs Minister Kuanari for his efforts in strengthening bilateral trade relations between Japan and the United States; by the Japan External Trade Organization for his contributions to bolstering Japan-U.S. trade relations; by the Commander, U.S. Forces, Japan, for his contributions to supporting U.S.-Japan relations; and by the Northeast-Midwest Coalition of the United States Congress for his significant contributions to supporting U.S.-Japan trade and relations. Though all the details of Herb’s governmental, civic, charitable activities, and service to others are too numerous to recount here, the highlights include: Herb Chaired the 1986 Trade Summit between President Reagan and President Nakasone; he headed up first Trade Delegation to China after President Nixon normalized the relationship between our two countries; he testified before U.S. Congressional Committees on U.S.-Japan Trade; he was a speaker at many Japan-U.S. conferences, making more than 30 major speeches on U.S.-Japan trade; he testified before members of the Japanese Diet’s Upper and Lower Houses on Japanese-U.S. trade relations; he served as Kiwanis Governor of the Southwest District; he was a faithful Member of Knights of Columbus, 4th Degree, since 1952; and he was a proud Member of several U.S. Veterans Organizations. Friends may visit at O’Brien Sullivan Funeral Home, 41555 Grand River Avenue, Novi, Michigan on Tuesday, May 3rd, 3-8 p.m. A Funeral Mass will be celebrated on Wednesday, May 4th at 11 a.m. at Holy Family Catholic Church, 24505 Meadowbrook Road, in Novi, Michigan. Friends may visit at church beginning at 10:30 a.m. Burial will follow at Great Lakes National Cemetery, 4200 Belford Road, in Holly, Michigan. In lieu of flowers, memorials appreciated to the “Tunnel to Towers Foundation” https://t2t.org/ or the “Talons Out Honor Flight” www.talonsouthonorflight.org

We are deeply saddened to announce that Herbert F. &#8220;Herb&#8221; Hayde, Jr., age 90, of Novi, Michigan and Scottsdale Arizona, passed away peacefully on April 25, 2022, at Ascension Providence Hospital, in Novi. Herb was born on October... View Obituary & Service Information

The family of Herbert Francis Hayde Jr. created this Life Tributes page to make it easy to share your memories.

We are deeply saddened to announce that Herbert F. “Herb” Hayde,...