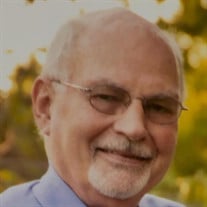 Frederick Charles Kapelle, Age 82, passed away on March 26th, 2020 with his loving wife by his side. He was born on May 17, 1937 in Beaver Dam, WI, the cherished, only child of Merlin Charles and Alma Henrietta (Miller) Kapelle. He grew up in Wisconsin, attending school at The Wayland Academy where he excelled in academics as well as sports. He attended college at University of Wisconsin and proudly flew his Badger flag next to his Green Bay Packer flag at home. He received his Master’s degree in Social Work (MSW) from the University of Denver. It was there that he met the love of his life and wife of 59 years, Beverly Davis Kapelle. They married on April 21st, 1961, and their love story has been an inspiration to all that knew them. Fred spent his life serving God and dedicated to making the world a better place. He began his career as a case worker supervisor in Fond du Lac, WI. In 1970, he moved his young family to Kalamazoo, MI to work as Director of Family and Children’s Services. He established the first drug prevention program in Kalamazoo in the 1970’s, where he implemented the first methadone program and the 24 hour HELP-line for suicide prevention and mental health support. In 1972, he began his work as Executive Director of Lakeside Children’s Home, a 24 hour residential program for children, where he helped them and their families to live healthier lives. Fred and Bev were active members in the First Presbyterian Church of Kalamazoo for 25 years. Bev and Fred retired to Kerrville, TX in 1994 and spent their next 25 years enjoying being closer to Bev’s Texan family, golf, GB Packer football, some hunting (though mostly with a camera), and traveling. Fred was an accomplished potter and continued to enjoy his art and the strong friendships that came with his craft throughout his life. Fred had two passions in life that he was dedicated to above all else; family and God. He was blessed with his wife, Beverly, and their three children who he is survived by; Leslie (Dean) Burns of Irons, MI; Amy (Dave) Spindler of Northville, MI; and David (Teresa) Kapelle of Lacey, WA; as well as his nine grandchildren; Anna, Stuart, and Samantha Burns; Haley, Reagan, and Tess Spindler; Chase Kapelle; and Crystal and Robert Becan. He was never happier than when his family was together and there was laughter in the room. His strong faith in God helped guide his steps in spending his career helping others, and extended into his retirement where he helped to launch and lead the Stephen Ministry work at First Presbyterian Church of Kerrville, TX. He was able to use his skills and Christ-like compassion to help care receivers in need of support. Fred lived an admirable life, where he was as cherished at its end as he was at the beginning. His family looks forward to celebrating that life when we’re able to gather together again at First Presbyterian Church in Kerrville.

Frederick Charles Kapelle, Age 82, passed away on March 26th, 2020 with his loving wife by his side. He was born on May 17, 1937 in Beaver Dam, WI, the cherished, only child of Merlin Charles and Alma Henrietta (Miller) Kapelle. He grew up... View Obituary & Service Information

The family of Frederick C. Kapelle created this Life Tributes page to make it easy to share your memories.

Send flowers to the Kapelle family.