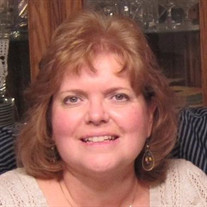 Chris Lincoln Born in Detroit at Lincoln Hospital, little did Clara Christine Atkinson know she&#8217;d be marrying a Lincoln; or maybe it was just destiny? A quiet, reserved personality in public but when she was with her close friends, she... View Obituary & Service Information

The family of Chris Lincoln created this Life Tributes page to make it easy to share your memories.

Born in Detroit at Lincoln Hospital, little did...